Over on the Badcaps.net forums, a thread was started all the way back in 2010, about power supply issues in these arguably "classic" low-cost active studio monitors. It even ended up being stickied just this winter, so it's been quite active and useful. It served as motivation for myself, to take up hunting for faulty ones - not sure if i had gone through three pairs, but at least two pairs i revived and sold off to a couple friends, some 7-8 years ago, and to this day i've yet to hear back about any further issues, so i take that as a good sign. In the mean time, i still contributed with thoughts and advice there, which helped lead to several successes.

Recently, a fellow forum member there got fed up with his failed attempts to revive his pair of monitors, and got himself a pair of new ones. In that context, we struck a deal for the Alesis'es, and a few weeks later, here they are. 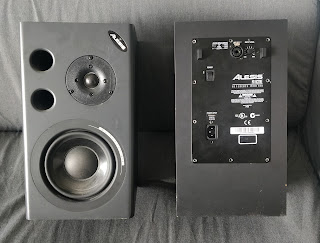 And now, getting back to the issue affecting this unit... As pointed out in the ad, the LT3439 apparently used to have a piddly little heatsink glued on top of it, but it got detached. Now, there's a chicken-and-egg type mystery here - did the heatsink glue fail because the chip overheated in the first place? Or did the chip get fried because the heatsink fell off? Regardless, investigation showed that one of the two switching transistors inside the chip seems to be stuck in a conducting state, despite the transistor itself not being shorted, though. But since it handles all the power for the analog circuitry, it's no shocker (no pun intended) that only the digital ins & outs work.

Despite having hoped to nab an Audient interface for some time now, only quite recently did i manage to get my hands on one. Since i'm a cynical... [ahem] person, after having heard several notable(?) audio engineering channels over on Youtube ranting and raving about these, and the "Audient console preamps", and the "discrete JFET DI" and whatnot, my curiosity was indeed itching to see if and how the reality lives up to all the hype and marketing. 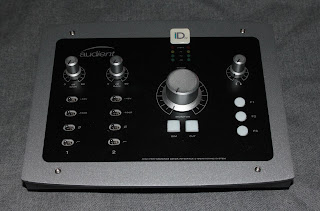 Ok, time for some nostalgia. My first "big" interface (as in, not just a little 2in/2out jobbie) was a Saffire PRO 40, that i bought retail, brand new, back in 2011 - spring, if memory serves. I mostly used it as an interface at home, tracked a couple rehearsals with the band i was in at the time, then later it got "demoted" to additional-preamp to a Saffire PRO 26io that i briefly owned, before it got sold off when i got my MOTU 896mk3 Hybrid.

This one i grabbed as faulty off eBay, yet again. Another one of those "too cheap to pass up" sort of deals. The listing contained a confession that the seller had (unsuccessfully) attempted to replace the Firewire chip, and he also provided a photo of the affected area. I won't lie, it kinda hurt a tiny bit to see a couple of torn off pads, and a few others lifted and mangled, but at the same time, it also didn't look to be entirely beyond hope. I figured with some determination and a bunch of patience (for "cosmetic / reconstructive surgery"), it could be returned to full functioning.

Literally last week, a local friend gave me a heads-up on a ridiculous sale that a big electronics retailer nearby was having, on some knockoff Shure microphone clones (of the SM57 and SM58, specifically) - normal price 39,90e; discounted price 10e(!!!). I grabbed three, right off the bat, with the intent of borrowing a legit SM57 and doing some measurements. But then i figured, why not make an article out of it? 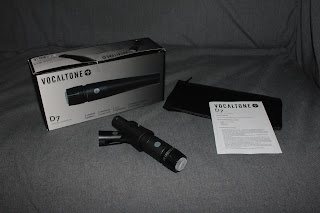 But i've got big(?) plans for these, more or less. There's method to this madness, though...

Boy, that's a lot of M's up there... But yeah, here's another eBay score, bought as faulty. Basically, because it was too cheap to pass up, even if it's unrepairable - a paltry 30eu. The ad said it will no longer power up, save for the phantom-power indicator LED, and won't be detected by a computer. But before troubleshooting, it warrants a thorough inspection, inside and out, wouldn't you say? 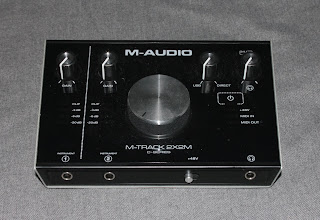 I had been off-and-on "hunting" for a twin, for my Jamo Sub 200 that i bought and revived years ago. Partially for SPL reasons, partially for the multi-sub approach mentioned above, and most recently, for actually sitting my couch on top of the subs.

At long last, a couple months back i finally found one locally, and in matching black finish. And with the 5.1 Jamo speakers it came in a set with, to boot! Those might get reused / repurposed later, (i'm thinking, in a manner similar to one of my previous projects). 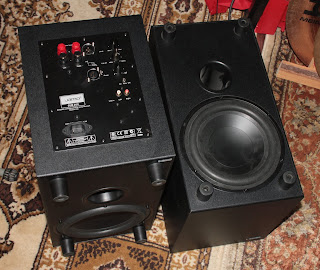 Since relatively recently acquiring the MOTU 8M, once i got around to swapping it out for the 896 mk3 in my recording rack, i figured it might be worth doing a quick teardown of the latter, before i sell it off. I've done a really brief one over on the BadCaps.net forums when i first bought it, but it deserves some higher-res photos and a more detailed documentation of its guts. Do keep in mind that it got re-capped as soon as i got my hands on (or into?) it, so the electrolytics are not stock. But
without further ado...

Well, this one's a "biggie" - i had been lusting after one of these for a few years now, but the price was (and technically still is) on the prohibitive side, retailing at ~$1300-1500, depending where you look. Fortunately though, i've been stalking eBay off and on for one of these, and a used one happened to pop up just the other week, on auction. To my amazement and delight, despite there being at least 6 other "watchers", i was fortunate enough to win it for the opening bid, ie. about half the price of a new one.

Even though this is the 4th or 5th of these units that has gone through my hands, looks like i never documented a teardown of one - shame on me! Time to rectify that issue then, wouldn't you say? I grabbed this one off eBay for about 60 bucks or so, delivered. On one hand, because it was pretty dirt cheap at this money, and on the other hand, because it will be involved in a project idea i had a good few years ago. And yes, "as usual" (by now), this one had a busted Firewire connection, but for my own (nefarious?) purposes, i don't need that anyway.